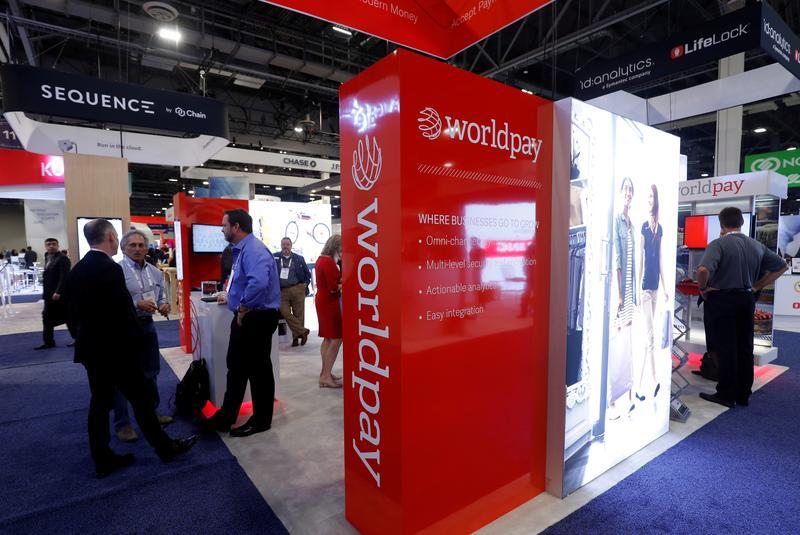 The first two times when he complained after noticing larger costs on his billing statement, the additional fees disappeared for a few months. Last August, he discovered Worldpay had added a 0.3% charge on top of an initial fee of 0.2% on many transactions, boosting his bill by hundreds of dollars.

“It has been so frustrating with them,” VenHuizen said.

In the course of several interviews and email exchanges over the past two months, Worldpay told Reuters it had notified VenHuizen in his June 2018 statement that fees for many transactions would increase by up to 0.8%. That happened for transactions such as when his customers made payments using cards that offer spending rewards like cashback and travel points. The company also referred to VenHuizen’s original agreement, where in fine print it says it may charge up to 1.95% for those types of transactions.

It said such markups are tied to risks and costs associated with individual businesses and depend on factors such as the type of merchant, how often it takes cards online, and whether the cards tend to have high credit limits.

Payment processors like Worldpay are a key part of the plumbing for everyday non-cash transactions such as credit and debit card swipes at grocery stores and restaurants. They gather transaction information and send it through the card networks such as Visa and Mastercard to the card issuers, which are typically banks. They also take on some risk as they vouch to card companies for the merchants’ ability to cover refunds on bad charges.

Processors were paid about $20 billion for their work in 2018, according to industry publication The Nilson Report.

Worldpay, the largest U.S. processor by transaction volume, was bought by Fidelity National Information Services Inc for $50 billion in a deal that closed on July 31.

In a statement sent this week to Reuters for this story, FIS said, “As part of the integration activities for our recent acquisition of Worldpay, we are currently reviewing Worldpay’s sales and billing practices to ensure they are fair and transparent.”

The company added, “We take any concern over unfair practices very seriously.”

Interviews with three merchants, several competitors and five former Worldpay salespeople, as well as a review of billing statements sent to more than a dozen merchants, show that Worldpay tells merchants upfront that it will collect two different kinds of fees on card transactions. Those are a fee for its own services, and charges levied by the card networks and issuers that it collects and passes on.

In fact, the processor adds a third fee for some small merchants that is disclosed in the fine print – a markup to the card network and issuer charges, these people said. In its billing statements, it mixes that markup with the card company charges and does not show the specific amount it has added, according to the people and the documents.

As a result, when small U.S. businesses, such as VenHuizen’s company, Jerry’s Marine Service, sign up with Worldpay, they at times end up paying hundreds of dollars more for the service than they realize, the billing statements show.

“It is very confusing to try to interpret one of these billing statements,” said Anthony Barnett, who owns two restaurants in the U.S. Northeast. “It is all in the fine print.”

Barnett said he switched processors earlier this year after Worldpay added a 0.65% markup to his statements for one restaurant and then offered to reduce his charges by roughly $2,700 a month when he complained.

Worldpay said it had not increased its rates for Barnett’s restaurant “in nearly two years.”

SALES PRACTICES
In contrast to Worldpay, JPMorgan Chase & Co’s payment processing unit, for example, said it separately discloses card company costs and its fees in statements to merchants in plans that compare with Worldpay’s. Square Inc offers flat rates that cover all charges.

Worldpay, which commented to Reuters before its sale to FIS closed, said that its statements and pricing were not “significantly different than industry practices.”

Worldpay declined to provide the number, or proportion, of its merchant customers who are assessed a markup. Nor would it quantify the additional revenue it brings.

Nearly 200,000 merchants were allegedly overcharged by the company for such markups or other extra fees, according to court documents filed in 2017 when Worldpay settled a lawsuit. The suit was brought by class action lawyers representing merchants who claimed the company had misled them.

Worldpay settled the lawsuit for $52 million. “While we believe we had meritorious defenses to the claims, we settled the matter two years ago to avoid potentially protracted and costly litigation,” the company told Reuters.

FIS said it was engaging a third party as part of its review of Worldpay’s practices. “We are committed to ensuring that any historic issues are addressed going forward,” it said.

Sales practices of the payments industry fall under the purview of the Federal Trade Commission, which is charged with preventing “unfair or deceptive acts or practices” in commerce. Two former agency lawyers said the agency expects consistent language in marketing and sales agreements.

But the FTC has brought only a handful of cases against processors over the past two decades, leaving practices largely unchallenged.

DIFFERENT MARKUPS
Reuters reviewed monthly Worldpay billing statements with markups issued to more than a dozen small merchants between January 2018 and April 2019. Some were provided directly to Reuters by the merchants and others came through industry sources.

For each type of transaction, it took five calculations, including a reference to rates from complex card industry tables, to figure out how much the merchants were being charged extra.

“There is no way for a merchant to know what they are going to pay,” said Ben Dwyer, who writes about the industry and makes money selling processing services for selected Worldpay competitors.

In VenHuizen’s case, Worldpay removed information showing card company charges when it added its markup. In his July 2018 statement, the company had shown specific rates for what it was collecting on behalf of card companies. When Worldpay added its markups in August 2018, the rate disclosures disappeared from his statement.

Worldpay said it notified VenHuizen in advance and its charges were proper.

The five former salespeople, who worked at Worldpay until 2017, said they did not tell customers about the possibility of extra fees when they signed them up, in part because they had an incentive to close on sales quickly. Salespeople were expected to sign 60 to 80 new merchants each month, three of the sources said, and lower fees helped do that.

Worldpay told Reuters it does not offer low introductory rates to win customers.

Worldpay used pricing tables to include about 20 different levels of markups, three of the former salespeople said. The tables added markups in increments of 0.05% to 0.10% and topped out at an extra 1.85%, the three sources said.

Some customers, including ones who licensed sales software from important Worldpay business partners, were exempt from markups, two of the former salespeople said.